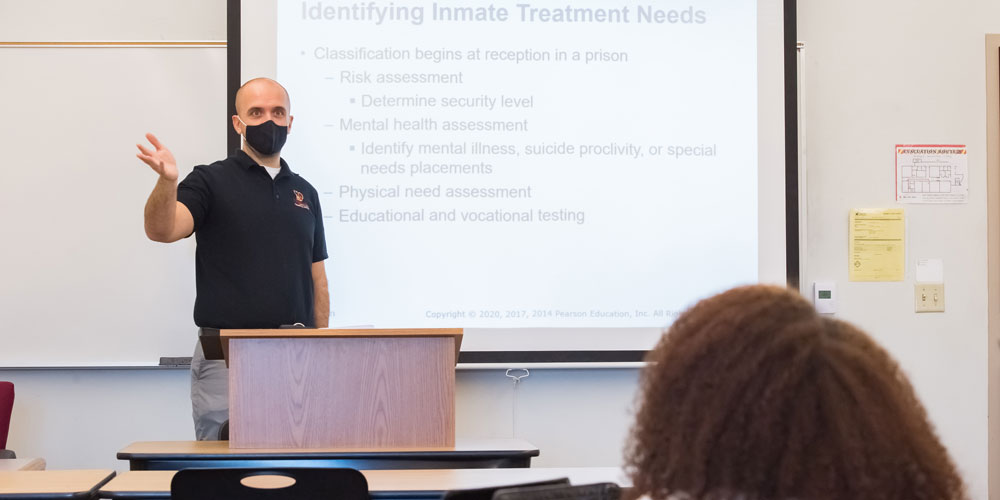 Aspiring law enforcement officers who are interested in jobs that require a four-year degree should first look to Edgecombe Community College.

ECC and Barton College recently signed a transfer agreement that will enable ECC Criminal Justice graduates to transfer as juniors into Barton’s bachelor of arts in justice administration program.

“Some of our students are interested in jobs that require a four-year degree, such as probation officer or juvenile court counselor, and they needed expanded opportunities,” explains Ryan Cox, Criminal Justice department chair at ECC.

Cox took over the department in January, and he was tasked with establishing more articulation agreements with area colleges. Edgecombe Community College already has a criminal justice transfer agreement in place with North Carolina Wesleyan College.

The agreement with Barton College is unique in that Barton’s program is entirely online.

From a practical standpoint, he says students who start at ECC will save money and have more flexibility in their schedules.

“Students can certainly save money by coming here for the first two years,” he says. “But in addition, we have the flexibility to work with students who have varying work schedules. Four-year schools tend to be a bit more rigid in their schedules.”

The agreement between the two institutions spells out what classes transfer to Barton, including various English and math classes and other general education courses.

By starting at Edgecombe Community College, students can earn an associate degree in Criminal Justice Technology and then transfer to Barton to earn a bachelor’s degree in Justice Administration.

“If students want to continue their education, we have a direct link to an online program at Barton. In the end, students can walk out with two high quality degrees. That’s a win-win,” Cox says.

Cox was on the faculty at Nash Community College and then East Carolina University before joining Edgecombe this year. Over time, he has developed key contacts in local higher education, such as Greg Bauer, dean of new learning at Barton College.

Cox, Bauer, and David Abeling-Judge, assistant professor of criminology and criminal justice sciences and director of the justice administration online program at Barton, met over the summer to hash out details of the transfer agreement, which was officially signed in October.

“Even though it took awhile, it was a seamless process,” Cox notes. “When the agreement was finalized, I sent an email to our students. Several emailed back that they are interested, so we’re looking forward to seeing where this program goes.”