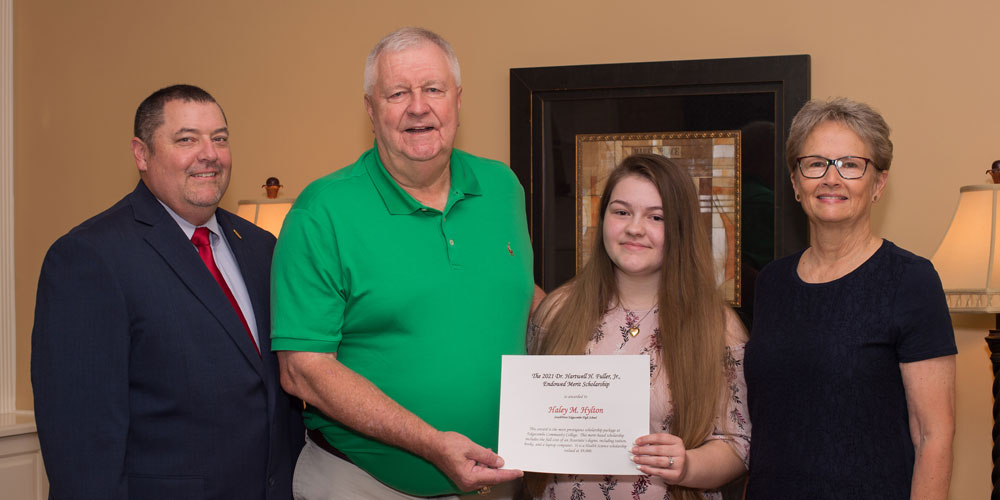 Roger and Gaile Taylor of Rocky Mount endowed the merit scholarship program in 2011 to honor Dr. Hartwell Fuller, former president of the college.

The scholarship covers the full cost of an associate degree, including tuition, books, and a laptop computer.

As a student at SouthWest Edgecombe, Hylton was a member of the Career and Technical Education Honor Society. She earned three honor cords at graduation, including CTE Honor Society, NC Academic Scholar, and honor graduate.

NC Academic Scholar designation indicates that students have completed a balanced and academically rigorous high school program preparing them for post-secondary education. Honor graduates at SouthWest must have a four-year weighted GPA of 3.83.

Hylton is the daughter of Mike and Lisa Hylton of Rocky Mount.

She plans to pursue an associate degree in Nursing at Edgecombe and continue her studies at East Carolina University to obtain a bachelor of science in nursing degree.

Dr. Hartwell Fuller was president of Edgecombe Community College for 10 years. His association with ECC began in 1968 when the institution first opened its doors to students. He retired in 2004 and passed away in 2010.