Graduates Encouraged to Believe in Possibilities 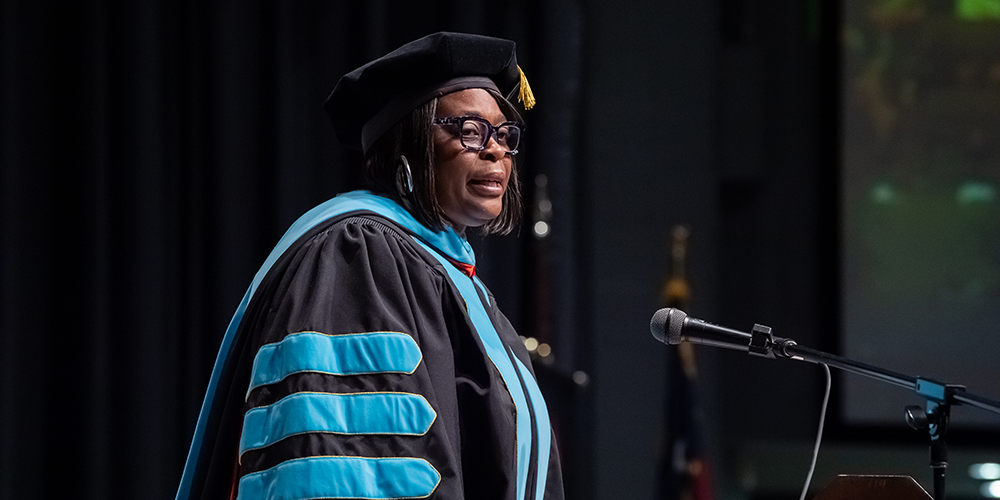 Dr. Valerie Bridges, superintendent of Edgecombe County Public Schools, told Edgecombe Community College graduates to believe in themselves as they look forward to the future during Commencement exercises at ECC held May 13.

Dr. Bridges gave the keynote address during the ceremony. She is the 2022 A. Craig Phillips North Carolina Superintendent of the Year.

Dr. Bridges began her keynote address by recounting the 1983 NCAA Championship game in which NC State University defeated the much-favored University of Houston 54-52 with a dunk in the final second. The victory was an “if there is a will, there is a way experience,” according to Dr. Bridges.

“When you believe in possibilities, you don’t need everybody to believe. You just need to believe in you,” she told the graduates. 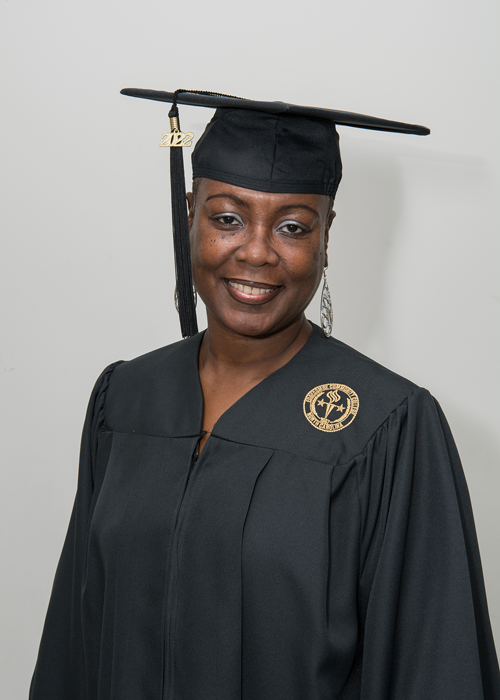 Shelley Hart was honored as the 2022 Dallas Herring Achievement Award nominee from ECC.

This year’s commencement was the first traditional indoor ceremony since 2019 due to the pandemic. For the last two years, the college has celebrated graduates with a drive-thru graduation parade.

“I know that you have experienced difficulties and setbacks, but now it’s time for a set-up,” she said. Dr. Bridges recommended three steps for building a successful life: “Lean in, and believe in yourself. … Work hard, but play hard, and in the process, take care of yourself. Life is tough, but you’re tougher. … Plan for your future. Don’t let it happen, make it happen.”

Student Shelley Hart was honored as the 2022 Dallas Herring Achievement Award nominee from ECC. Following years of struggles, she moved from New York City to Rocky Mount to be near family, and found her way to Edgecombe Community College.

She graduated with a degree in Human Services Technology and will attend Walden University this fall to pursue a bachelor’s degree in social work. Hart says she wants to “show people there is hope through my testimony.” 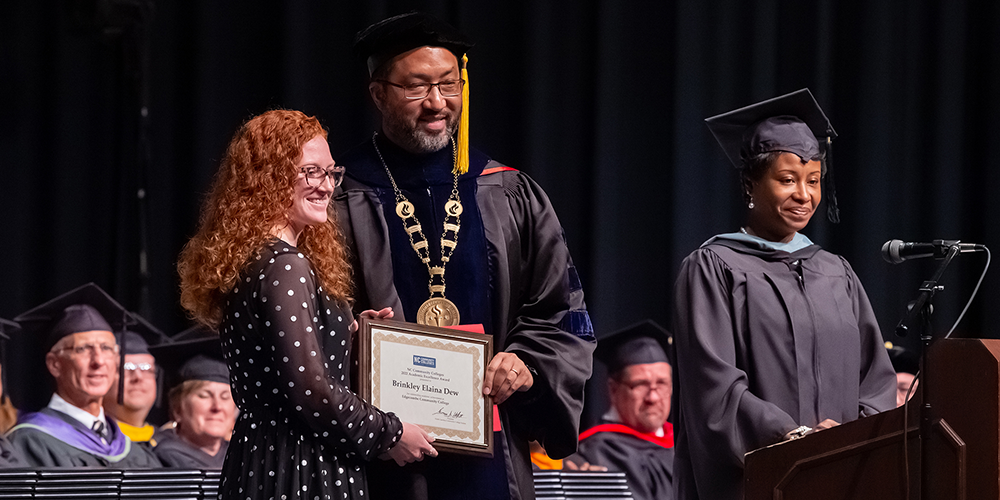 Brinkley Dew was recognized as the North Carolina Community College Academic Excellence Award recipient from ECC. She received an associate in science degree, which is a College Transfer degree. She also earned a certificate in animal science, which is part of the college’s program in Agribusiness Technology.

At ECC, Dew was inducted into the Phi Theta Kappa honor society and most recently served the organization as vice president of leadership. She will transfer to Lees McRae College in the fall to pursue a four-year degree. 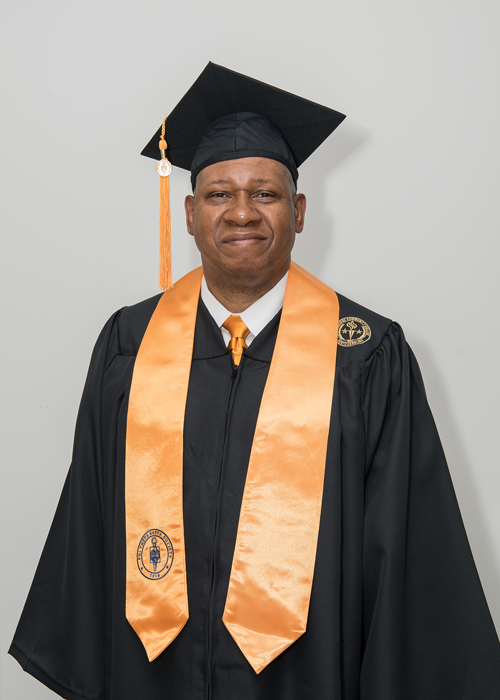 Gregory Horne, who received associate degrees in Human Services Technology and Criminal Justice Technology, was honored as the Governor Robert W. Scott Student Leadership Award nominee from the college. At ECC, he was inducted into Phi Theta Kappa and was an active member, serving this year as president.

He and his wife established and run Endtime Harvest Outreach Ministries, an outreach effort that benefits others throughout the community. In addition, Horne works full time as a detention corporal with the Edgecombe County Sheriff’s Office.