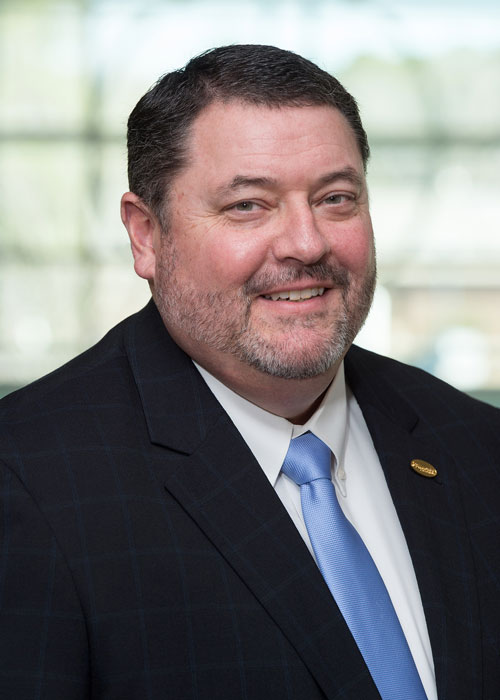 Roberson is one of only 28 college administrators worldwide selected for the international distinction. He was nominated by Edgecombe’s Alpha Omega Nu chapter of Phi Theta Kappa.

“I am humbled beyond words and incredibly honored,” Roberson says. “I am grateful to accept this award on behalf of the Edgecombe Community College Foundation and our support of our Alpha Omega Nu chapter of Phi Theta Kappa.”

The award is based on support provided to the Phi Theta Kappa organization. Roberson will receive the award at Phi Theta Kappa’s 2022 Annual Convention set for April 7-9 in Denver, Colorado.

Roberson joined the ECC staff in 2018. He directs ECC Foundation events and initiatives, spearheads fund-raising efforts, and collaborates with alumni, business leaders, community members, and other stakeholders to increase and maintain the Foundation’s visibility. He has nearly 25 years of experience leading nonprofit organizations.

“Though he has been at the helm of the ECC Foundation for only four years, Mr. Roberson’s impact on Phi Theta Kappa members and other students has been substantial,” says Tamara Frank-Pourvady, advisor to Phi Theta Kappa and coordinator of the Tutoring Center at the college.

“Thanks to his leadership, the ECC Foundation has for the first time ever subsidized key PTK initiatives, such as covering the registration fee to last year’s virtual international conference which enabled our students to attend remotely.

“At every opportunity, both at the college and in the community, he seeks to increase the awareness of our chapter, its development of student leaders, and how it contributes to student success,” Frank-Pourvady adds.