Graduates Told to Encourage Others 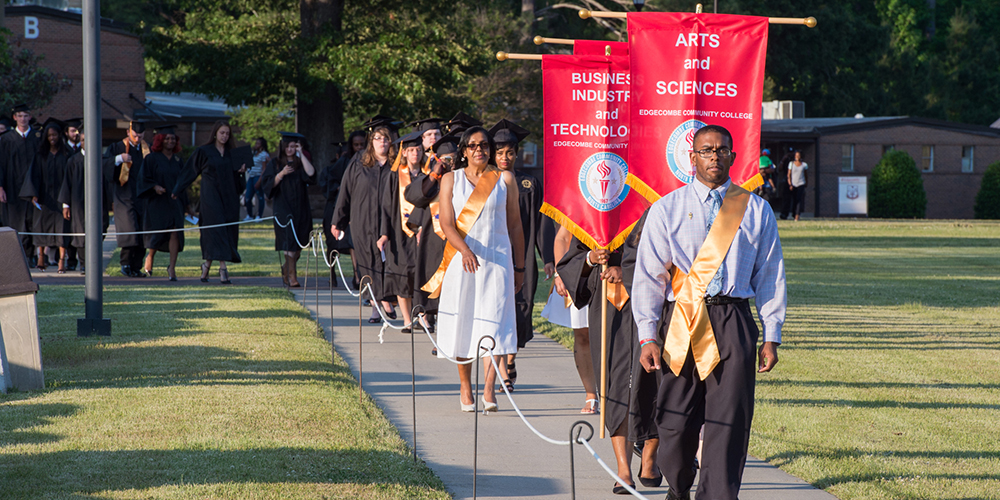 Led by Michael Parker, one of six marshals, Edgecombe Community College graduates make their way from McIntyre Building to Keihin Auditorium for Commencement exercises on May 11.

Rose gave the keynote address during Commencement exercises at the College on Friday, May 11. 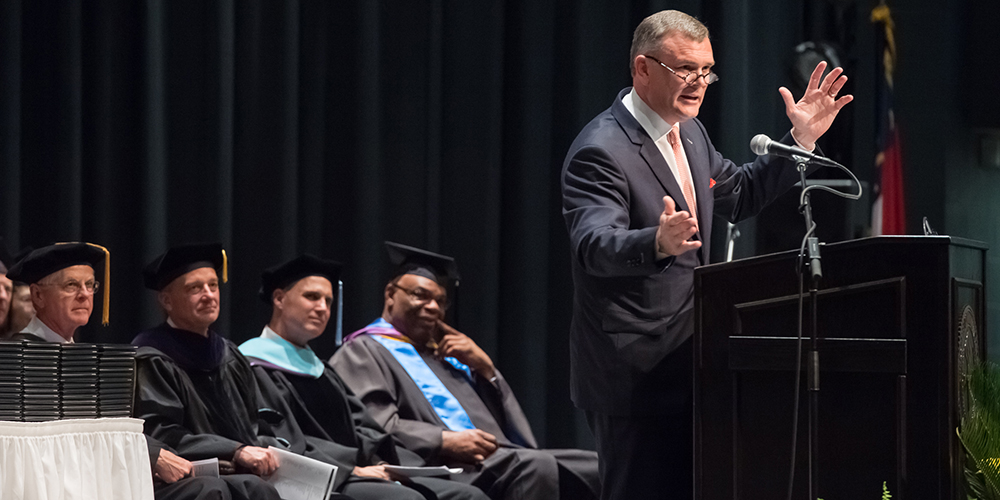 Jim Rose, vice chair of the State Board of Community Colleges, gave the keynote address during Commencement. 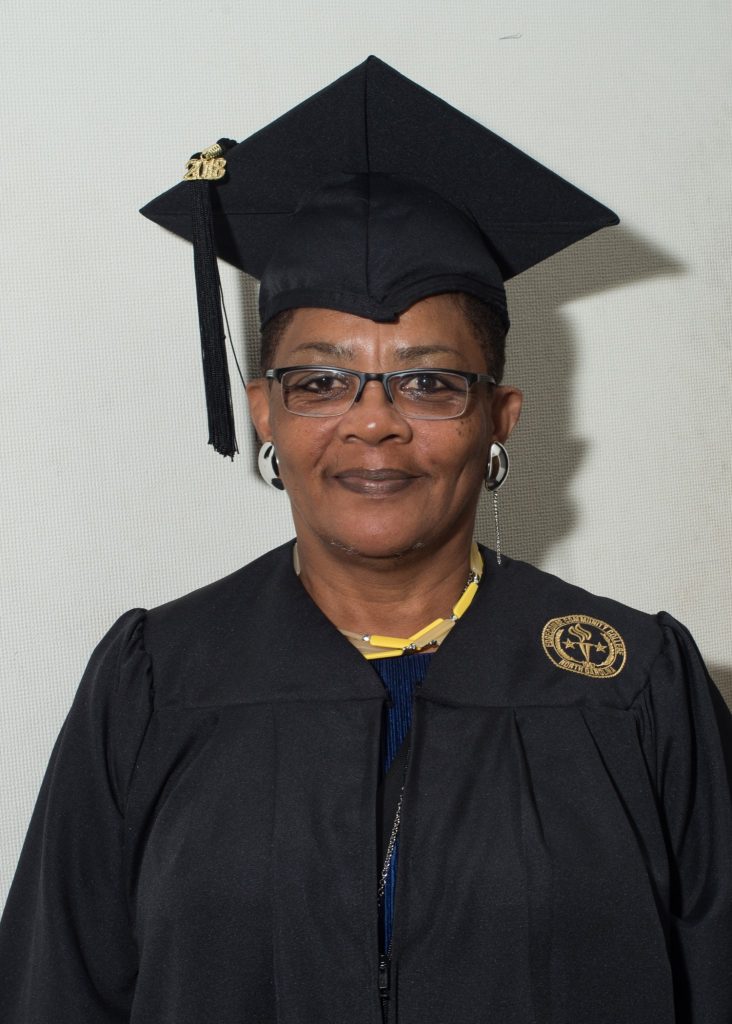 Yvonne Dickens was honored as the Dallas Herring Achievement Award nominee from ECC.

“Everyone here believes in you,” Rose told the graduates. “Take it, build on it, and encourage others. It doesn’t cost a thing.”

Friday’s ceremony marked the final commencement for ECC President Dr. Deborah Lamm, who will retire May 31 after 14 years at the helm of ECC and 39 years in the North Carolina Community College System.

“I always look forward to graduation, as it is the culmination of a great deal of hard work and sacrifice on the part of our students and their families. I had a few sad moments Friday, but I am nonetheless thrilled by this outstanding group of graduates who will go out in the community ready to join the workforce and make their mark on Edgecombe County and beyond,” she said.

ECC student Yvonne Dickens was honored as the 2018 Dallas Herring Achievement Award nominee from ECC. At the age of 53, she entered ECC’s Basic Skills and successfully completed her GED in 2013. 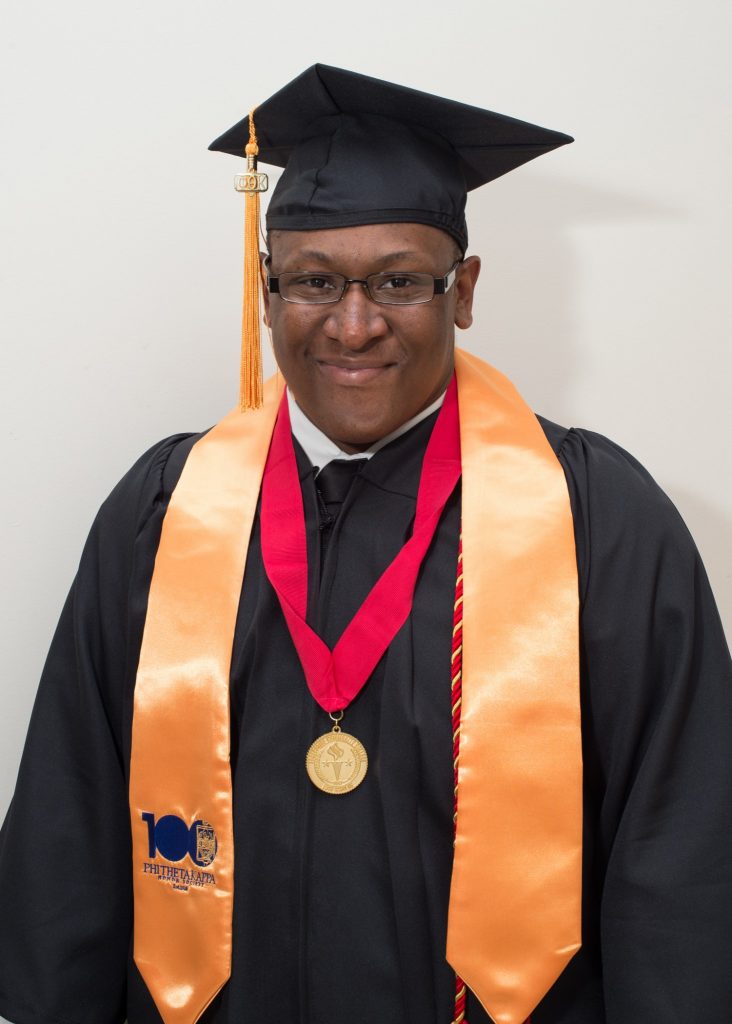 In 2015, she returned to the College and enrolled in the Medical Office Administration program. Friday night, she received her associate degree in the program.

At ECC, Winstead was inducted into the Phi Theta Kappa honor society, selected as a Student Ambassador, and elected as an officer in the Student Government Association. 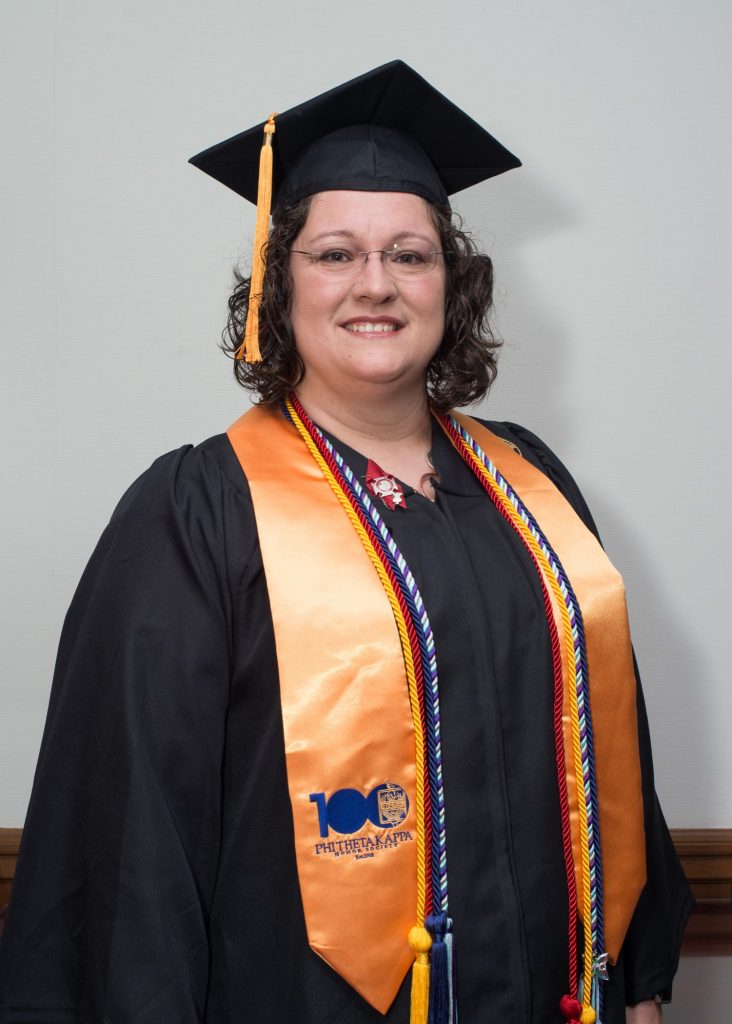 Nicole Wainright, who received an associate degree in Nursing, was honored as the Governor Robert W. Scott Student Leadership Award nominee from the College. At ECC, she was president of the Student Nurses Association. In 2017, she was vice president of the organization. She also was a Student Ambassador last year.

Wainright was an officer in the Phi Theta Kappa honor society for two years and served as chapter president this year. She received a regional Distinguished Officer Award in 2017.

Special presentations were made by the Edgecombe Community College Foundation to an instructor and a staff member. Suzi Shippen Wagner, chair of Surgical Technology, received the 2018 Excellence in Teaching Award. Kim Lucas, administrative assistant for allied health, received the 2018 Staff Award.