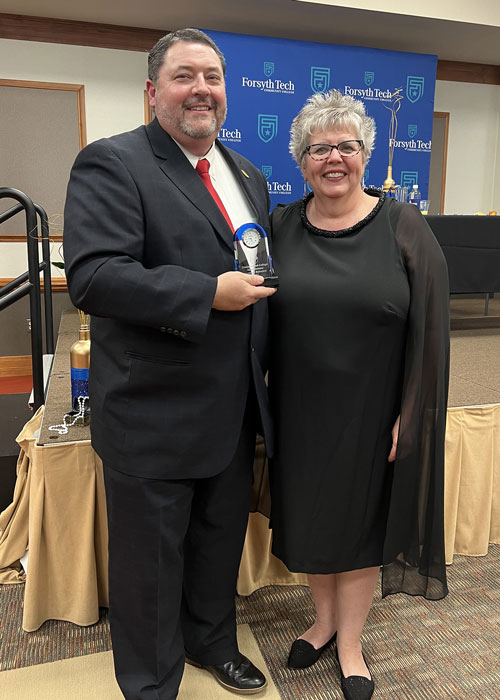 The awards ceremony was the capstone of the regional convention, held March 4-5 in Winston-Salem and the first in-person convention in two years.

“In a difficult year, the students worked hard and got excellent results. I am proud of them!” notes Tamara Frank-Pourvady, chapter advisor.

“The college extends hearty congratulations to Advisor Frank-Pourvady and the students,” says Dr. Greg McLeod, president of Edgecombe Community College. “We are so pleased to see their hard work, dedication, and excellence continue to be recognized. I am convinced that we have the best Phi Theta Kappa chapter and advisor in the Carolinas Region!”