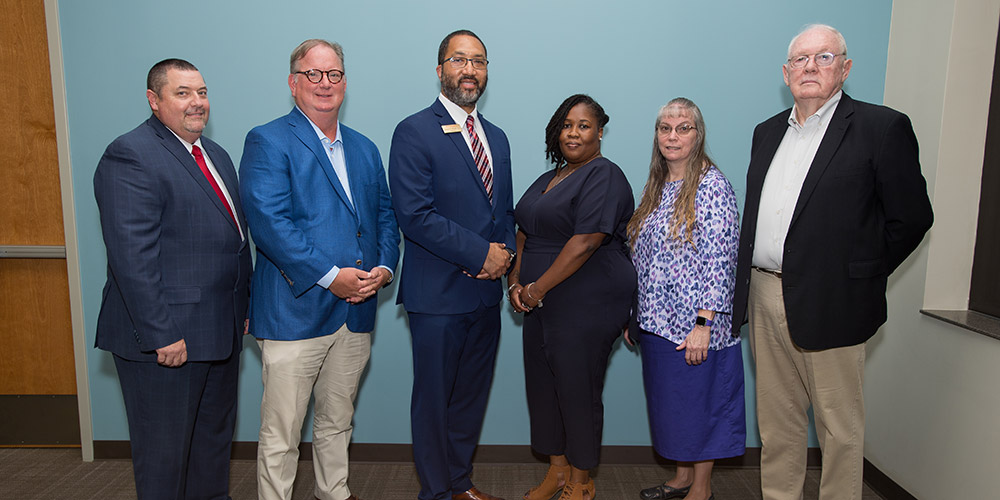 A Rocky Mount native, DeQuan “Noot” Dickens had a “golden personality,” according to his parents, Demeka Johnson and Demond Dickens. “He was always willing to help and do for others,” they explain. “When he got his first job at Burger King, he made sure that his mom, nieces, nephews, and goddaughter were taken care of.”

Unfortunately, Dickens became a victim of gun violence in July 2019. While his family and friends continue to mourn his untimely death at the young age of 18, they and others, inspired by his passion for helping young people, have turned grief into opportunity by endowing the scholarship at ECC. The scholarship announcement was made on the anniversary of his birthday, June 13.

According to Lynwood Roberson, executive director of the ECC Foundation, “I have learned so much about this young man from talking to others. When the people he cared most about were experiencing difficulties, he was always there to listen, uplift, and even lighten the mood with a joke.

“Noot wanted to see others succeed, especially his nieces and nephews and the children in his neighborhood. We are deeply privileged that those closest to him have chosen to honor his memory by helping students at ECC,” Roberson says.

Dickens had planned to attend Elizabeth City State University and pursue a career in education. The scholarship named in his honor will support students enrolled in ECC’s College Transfer program who plan to earn a bachelor’s degree in education. Second preference will be given to ECC students who are studying toward a degree in criminal justice.

Dickens’s aunt, Quatoshia Hill, says, “Our family is very grateful for all that has been done, and will be done, to establish this scholarship and for everyone who donates to honor Noot’s memory.”

“Noot’s life mattered greatly to those who knew him and loved him,” says Rocky Mount Mayor Sandy Roberson. “By establishing the DeQuan ‘Noot’ Dickens Memorial Endowed Scholarship, we will assure that his life will continue to have a positive impact on the lives of young people for years to come. I believe in this so much that I am donating my mayor salary for the remainder of 2021 to the DeQuan ‘Noot’ Dickens Memorial Endowed Scholarship.”