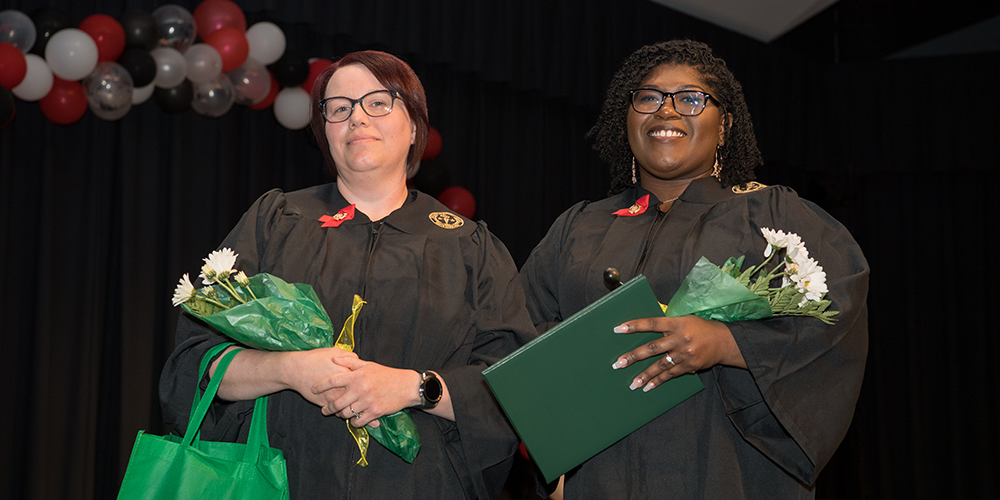 From left, Monica Shehan and Courtney Marshall, who completed the Associate Degree Nursing program at Edgecombe Community College in May, received the DAISY in Training Award for the compassion and skill they exhibited during clinical training.

They received a certificate, a DAISY in Training Award TM pin, and a hand-carved stone sculpture entitled A Healer’s Touch.

Both Marshall and Shehan graduated from the Associate Degree Nursing program during the college’s commencement ceremony on May 13.

Students are nominated for the DAISY in Training Award by patients, families, visitors, staff, and instructors based on the level of compassion, advocacy, and leadership they demonstrate during clinical training.

The DAISY Foundation was established in 1999 in memory of J. Patrick Barnes, who died at the age of 33 from complications of the autoimmune disease Idiopathic Thrombocytopenic Purpura. Patrick’s family was touched by the compassion and skill demonstrated by his nurses during his illness, so they created DAISY to recognize exceptional nurses everywhere.