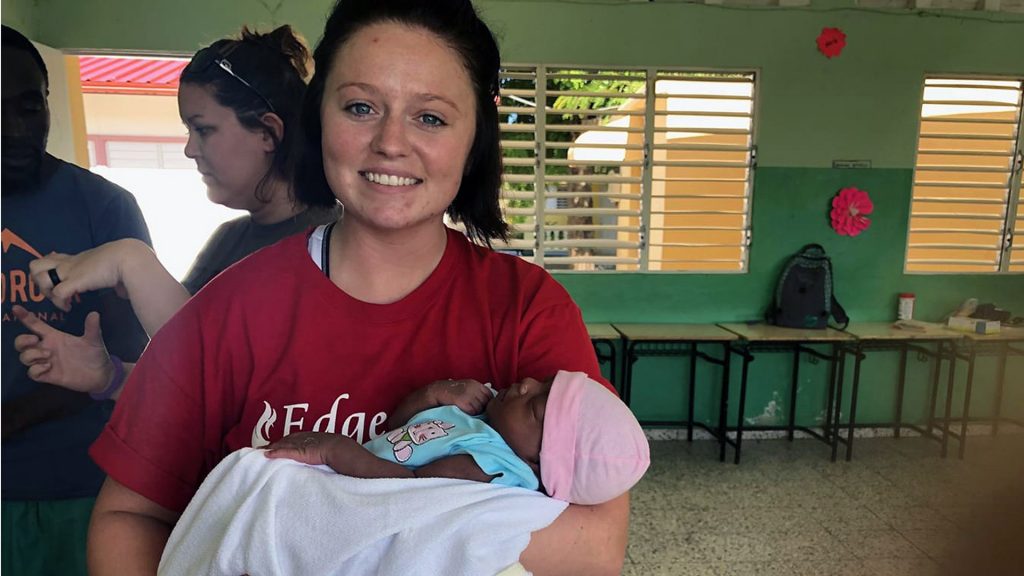 What started out as a mission trip to help others turned into a learning experience of a lifetime for two Edgecombe Community College students.

Connor Massey and LeighAnn Champagne spent a week last November in the Dominican Republic as part of a trip set up by Suzi Shippen-Wagner, their Surgical Technology instructor and chair of the program.

“I went there with the mindset that I was going to swoop in and save the day, and it got turned around,” says the 28-year-old Champagne. “It made me more appreciative of what I have.”

It wasn’t because the local residents were impoverished and lacked basic amenities that Americans often take for granted, she explained, but because of their attitude.

“The Dominican Republic is a developing country, but Dominicans are the happiest, most giving and grateful people I have ever met,” Champagne says. “I expected to go in and help people. And we did, we helped people who needed help. But this trip did more for me than I did for them.”

Over the years, Shippen-Wagner has traveled to four developing nations on three continents with United States-based medical teams to provide healthcare to those who might not receive it otherwise. Her church, Calvary Memorial United Methodist Church in Snow Hill, has helped offset much of her cost of the trips.

When Shippen-Wagner came to Edgecombe Community College as a Surgical Technology instructor seven years ago from Vidant Medical Center in Greenville, she wanted some of her students to experience a mission trip.

She received a small grant from the Edgecombe Community College Foundation in 2014, but it wasn’t enough to take any students. The following year, she received more grant funds, but no students wanted to go. Then the widespread headlines about the Zika virus in 2016 and the devastation of Hurricane Maria in 2017 postponed any planned trips. 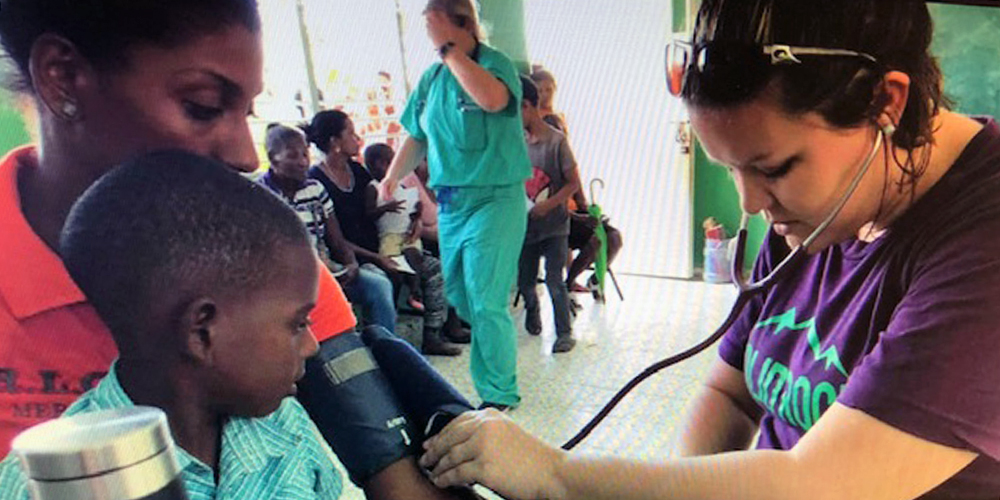 “I went there with the mindset that I was going to swoop in and save the day, and it got turned around. It made me more appreciative of what I have,” says ECC Surgical Technology student LeighAnn Champagne (right), who participated in a mission trip to the Dominican Republic.

“The fifth year I was here, it finally happened,” Shippen-Wagner says. “It was a personal goal of mine to take students with me, and I always knew they would experience professional growth.

“But I underestimated the impact they would receive on a personal level.”

The three women were part of a 19-member OB-GYN team that included Drs. Keith Nelson and Adam Kansagor, both of Greenville, and Dr. Ericka Hersch of Boston. The trip was under the umbrella of Solid Rock International Ministries, which sends a variety of medical and construction teams into various developing nations.

For a week, the team was based in San Juan de la Maguana, a city in the western part of the country that’s about the size of Chattanooga, TN. The three surgeons, several nurses, and two other surgical technologists joined Shippen-Wagner, Massey, and Champagne to perform several operations, as well as treat various ailments.

“A dose of travel is good for anyone,” Shippen-Wagner says. “There are a lot of things I can’t teach in the classroom, both culturally and medically.

Surgical technologists are specifically trained to work in the operating room, ensuring a sterile field and working with surgeons during the operations.

Both Champagne and Massey began their medical career in nursing, but both said they became disillusioned with what they perceived as an increasing focus on paperwork and a decreasing focus on hands-on patient care.

“It was a leap of faith,” the 23-year-old Massey says of her switch to Surgical Technology. “I was so disappointed that nursing didn’t work out. Now, I’m so much more confident. This is for me, and it’s made me so excited.”

Champagne and Massey earned their diplomas in Surgical Technology in August 2018 at Edgecombe Community College, and both completed their two-year degree in the program in December 2018. 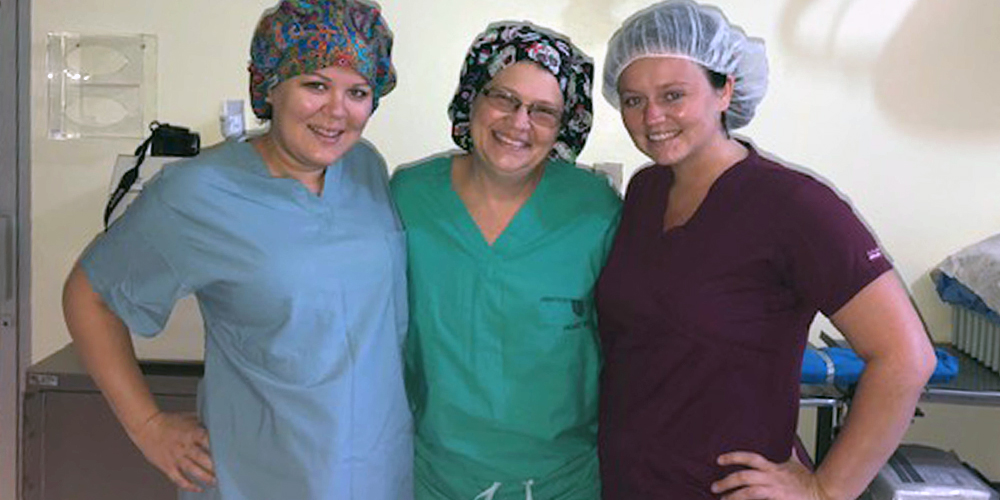 From left, ECC Surgical Technology student LeighAnn Champagne, instructor Suzi Shippen-Wagner, and student Connor Massey assisted with several surgeries during a mission trip to the Dominican Republic. Shippen-Wagner, chair of ECC’s Surgical Technology program, explains, “If you can practice in developing countries with limited resources, then you can practice anywhere in the United States.”

After earning their diplomas last August, Massey began working at Vidant Medical Center in Greenville, and Champagne went to Vidant Edgecombe Hospital in Tarboro. That’s when Shippen-Wagner put out the word that she wanted to take two students to the Dominican Republic.

Five students submitted letters of recommendation and essays on why they should go, and a committee chose Massey and Champagne to accompany Shippen-Wagner on the trip.

“I thought it was going to be the experience of a lifetime,” says Massey, who had never been on a plane before November. “For some reason, I had this idea that everyone there was like the kids in the commercials – sad, hungry, pitiful. But it’s not like that.

“They were happy, always singing and dancing. The people were just as happy to see us as we were to see them.”

Massey says she saw a different perspective among the Dominicans with whom she interacted. Without the pressure to acquire more material things, their priorities were different.

Champagne and Massey agreed that they want to return with Shippen-Wagner on her next mission trip. But now that they’ve graduated, both of them will have to pay their own way, just as Shippen-Wagner does. Champagne has started a mission savings fund, and Massey says she already has plans in place to go.

“Connor and I were incredibly fortunate to get that grant,” Champagne says. “And now I want other people to do what we were able to do.

“Overall, I thought it might be very humbling. But it was far beyond my expectations.”